Home / Things to do / Enter Manors

Listen
Far away from the worldly hustle and bustles, surrounded by tranquil forests, travellers are welcomed by romantic Kārļamuiža. The untouched nature of the River Amata, landscaped park created by the lords of the manor and century-old apple orchard offer a refreshing hiding place amidst this beauty. In turn, the invigorating quality of nature can be felt on the peaceful walking trails, which wend their way alongside the river to the landscaped cliff and back again. After enjoying a walk in the cusp of nature, you can relax in the hotel apartments, which have been installed in accordance with the manor’s former residents’ impressions of homeliness. This is the embodiment of peaceful rest amidst the natural tranquillity of nature and gardens, which are enclosed by the majesty of the Amata’s cliffs.

As the waters of the Amata River babble busily, a corn crake will scythe down a lesser butterfly-orchard in the meadow, while a stork will rattle loudly as he calls his love home. Apples will hit the ground bouncing to the rhythm in the century-old orchard. And in the bathhouse, the ripple of water will bring the steam out of stones, while a hammock will gently be oscillating in the breeze.

English businessman James Pearson, who bought the manor house at the end of the 18th century, transformed Kārļamuiža into an architectural pearl unusual for the vicinity, with a view to ensuring that it complemented the beauty of the surrounding landscape.

In the 19th century, a large landscaped park was established, also including the neighbouring forests right up to the River Amata. This garden became a popular destination for travellers of the period and was known as the garden of joy. At the end of the 19th century, an elite school for gardeners was established at Kārļi, which was the first horticultural school in the Baltics.

The 20th century was quite ruinous for Kārļamuiža – during the 1905 revolution, the manor house was burned down, which was subsequently renovated, only for the manor to experience the same fate during the battles for Latvia’s freedom.

In the building that have survived until the present day – the Kārļamuiža mansion –  the homely and welcoming Karlamuiza Country Hotel has been established. The mansion itself was built during the 1840s, but outwardly this building is little changed, retaining its original elegance and style, allowing its guests to enjoy the feelings experienced by its relaxed lords of the manor. 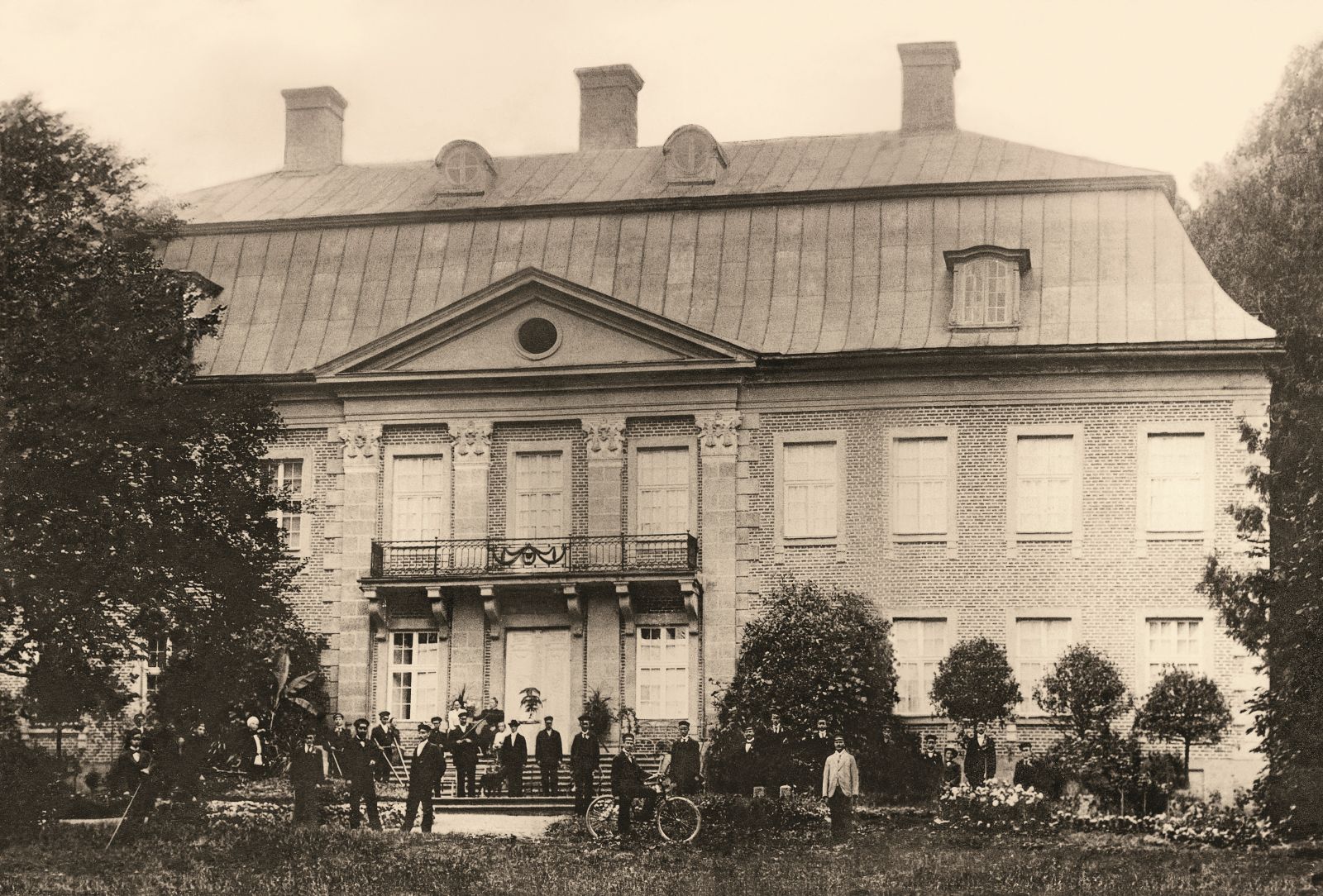